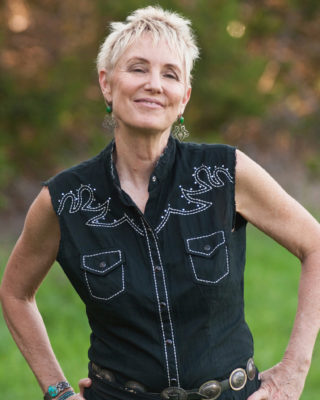 Folk icon and longtime activist Eliza Gilkyson, along with her son, Cisco Ryder, has released a compelling video illustrating the history of political resistance in the United States set to accompany her 2008 song, “The Great Correction” from Beautiful World. In the song, Eliza sings "people round here don’t know what it means, to suffer at the hands of our American dreams, they turn their backs on the grisly scenes, traced to the privileged sons." The video includes powerful historic and recent images chronicling the ongoing struggle for racial, gender, and economic justice as well as environmental sustainability.

Eliza screened this video earlier this month at Folk Alliance International’s 2017 conference, “Forbidden Folk: Celebrating Activism in Art,” where she co-hosted a panel with fellow musician and activist Billy Bragg titled “Contemporary Protest: Music, Politics and Activism.”  Eliza and Cisco compiled the footage and set these moving images to “The Great Correction,” which, given the current state of our nation, is unfortunately more relevant than ever.