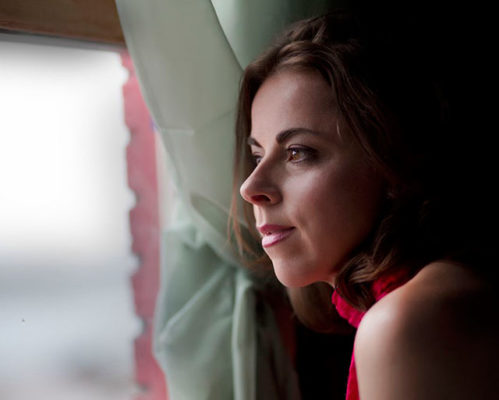 Meg Hutchinson is an award-winning songwriter who artfully documents the human condition. With a poet’s ease, she makes the personal universal, allowing people’s stories to come alive through her unique vocals and haunting melodies. Since the release of her Red House Records debut Come Up Full through 2010’s The Living Side, she has won high praise for her songwriting and has been featured nationally on NPR Music, XM/Sirius Radio and several times on the syndicated show Mountain Stage.

Growing up in the Berkshire Mountains of Western Massachusetts, the woods and ponds were her childhood muses, as were songwriters like Greg Brown and Joni Mitchell, and poets like Mary Oliver, William Stafford, William Butler Yeats, T. S. Eliot and Robert Frost. When Hutchinson inherited her grandmother’s 1957 Martin guitar at age eleven, her love of words found an inspiring instrument, and there was no turning back. “Songwriting is not something I chose, I’ve just somehow always known that this is what I love to do. This is what I can’t help but do,” she says.

After graduating from college with a degree in creative writing, Hutchinson quit her longtime job on an organic lettuce farm and settled in Boston. In between gigs at pubs, coffeehouses and train stations, she won a Kerrville New Folk Award (2000) and was nominated for a Boston Music Award for her first studio album Against the Grey. She went on to win awards at the Rocky Mountain Folks Fest, the Telluride Troubadour Songwriter’s Showcase in Colorado and The Chris Austin Songwriting Contest at Merlefest in North Carolina, all in the course of a year, causing national publications like Performing Songwriter to take notice, calling her “A master of introspective ballads filled with understated yearning and an exquisite sense of metaphor.”

She settled in Boston, where she quickly became an integral part of the vibrant songwriting community.  Like every great performer who has come out of the Boston scene, Hutchinson took to the subway, performing in Park Street, Downtown Crossing and Davis Square stations — honing her chops in the same method of predecessors like Martin Sexton, John Mayer, Paula Cole and Tracy Chapman.

After recording her live CD Any Given Day in 2001, and continuing to build a fan base throughout the Northeast, she went into the studio with esteemed producer Crit Harmon (Lori McKenna, Martin Sexton, Mary Gauthier) to record The Crossing. Released in 2004, this album was enthusiastically received by critics and DJs across the country, catching the attention of renowned folk/roots label Red House Records. Label president and veteran producer Eric Peltoniemi knew there was something special in the young singer-songwriter, “Meg won me over with the profound yet easy depth of her lyrics—rich words married to melodies I just can’t get out of my head.” Knowing her songs could stand alongside those by Red House heavyweights Eliza Gilkyson and John Gorka, Peltoniemi signed Hutchinson to the label. Teaming up again with Crit Harmon, Hutchinson recorded her Red House debut Come Up Full over the course of more than a year in Boston. An instant folk hit, the album was one of the most played on folk and college radio and landed her on many “best of the year” lists.

Meg Hutchinson went on to tour with such artists as Lori McKenna, Martin Sexton, Susan Werner, Luka Bloom and Joe Pug, handily winning over new fans on both sides of the Atlantic. She was also a favorite at South By Southwest (SXSW) and the International Folk Alliance Conference, showing that this was a young talent to be reckoned with.

In fall of 2009, Meg Hutchinson joined fellow songwriters Antje Duvekot, Anne Heaton and Natalia Zukerman to record the holiday EP Winterbloom: Traditions Rearranged. A collection of eclectic holiday and wintertime tunes, the CD features original tunes and songs from a variety of traditions–from a German hymn to a Yiddish folk song to a Midwinter Greg Brown ballad. Touring in support of the album, the four women performed concerts in 12 cities, making appearances on such popular stations as WFUV, WUMB and FolkAlley.com.

In 2010 Hutchinson released her second album on Red House Records, The Living Side, showing that she was a songwriter who had fully arrived. With this album the lens grew larger as Hutchinson tackled some of the big issues of the time, all while maintaining that intimate and relatable voice which makes her songs resonate deeply.

As a result of the messages inherent in her earlier albums Come Up Full and The Living Side, Hutchinson has been invited to speak and perform as a mental health advocate across the country at prestigious conferences and teaching hospitals including Johns Hopkins University.

Her own personal journey has led her to study meditation at the Sakya Institute in Cambridge, Ma since 2009. In 2011 she discovered the power of yoga and as a result of the positive changes she experienced she decided to complete a 200 hour Pranavayu yoga teacher training program in 2012 with founder David Magone.

About two years ago, Meg participated in the filming of an award-winning documentary entitled, “For The Love Of The Music: The Club 47 Folk Revival.”  Club 47 was the predecessor of Club Passim, a key venue for her performances located in Cambridge, Massachusetts. The film was produced by Ezzie films. Ezzie was created by Todd Kwait with the mission of documenting the positive contributions of music to society. Todd has made films with such musical icons as Joan Baez, John Sebastian, Bob Weir, Judy Collins, Taj Mahal and Tom Rush. Meg is now working with Todd and Ezzie films to bring you a feature length documentary film that will explore many of the topics nearest and dearest to her heart; music, mental health, wellness, healing, spirituality, and how those elements converge in making the world a better place. This is an ambitious project that will be filmed throughout 2014.

With Beyond That, Hutchinson delivers a collection of celebratory hymns from a woman who has made it out the other side of some difficult years and who is inviting us to go “Beyond That” with her now. 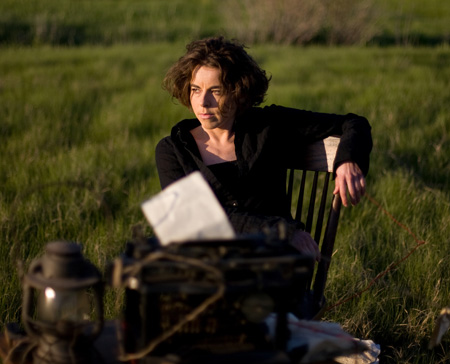 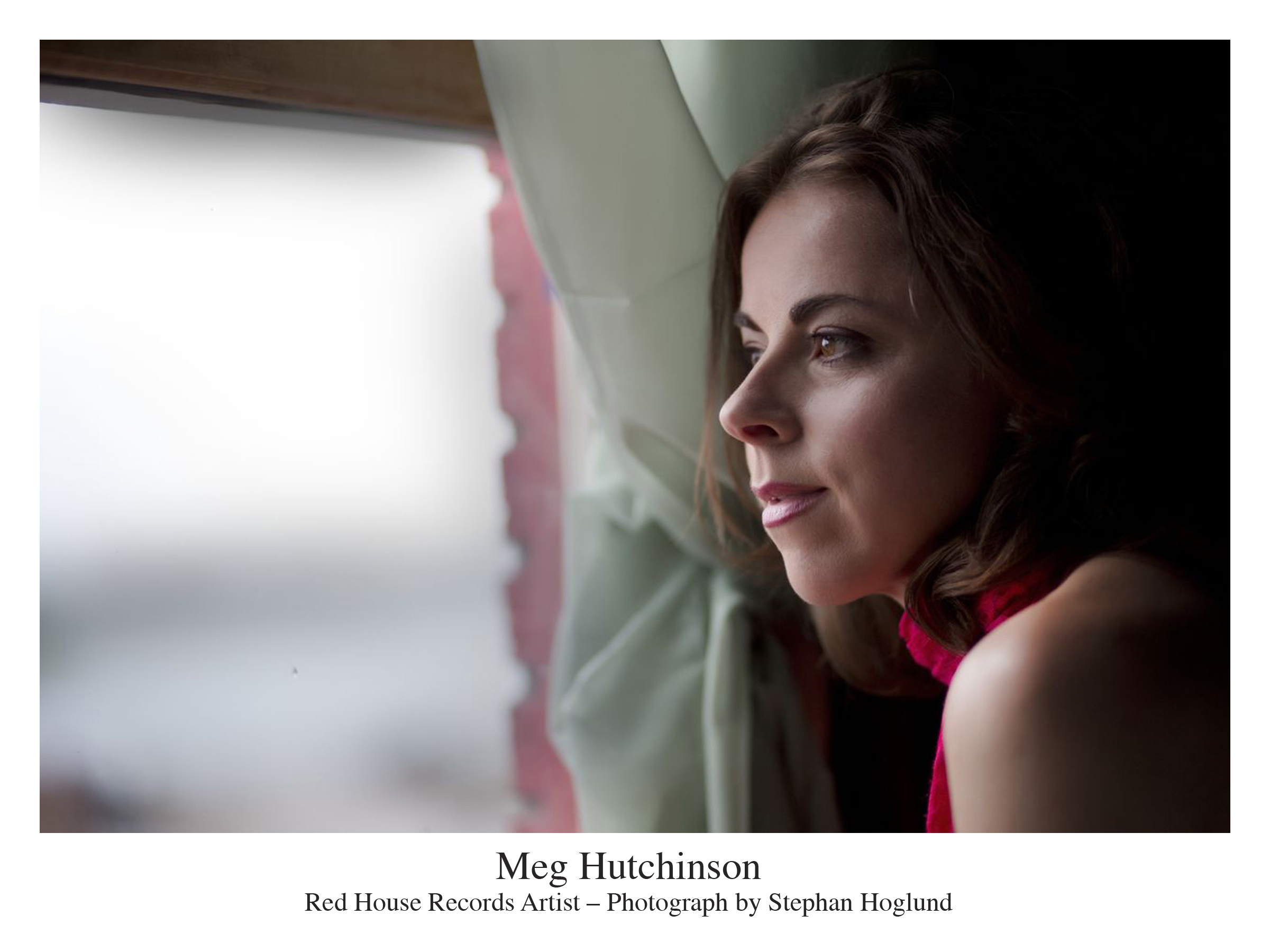