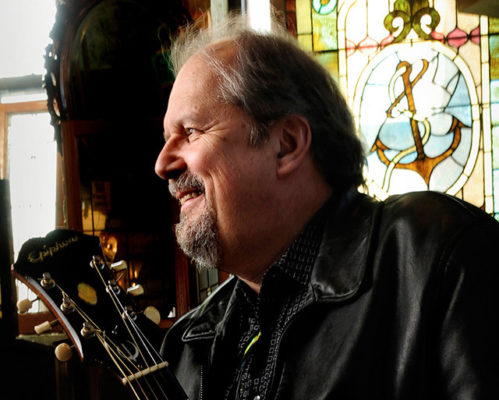 Better known perhaps as the President of Red House Records, Eric Peltoniemi has long been an acclaimed songwriter, composer and musician, as well. For over 4 decades he has worked several sides of the music industry: as a performing artist, songwriter, graphic designer, Grammy-winning producer and record label executive. (He assumed leadership of Red House in early 2006 upon the passing away of his long-time friend and colleague Bob Feldman, the label’s pioneering president and co-founder with Greg Brown.)

Eric’s long relationship with folk and country music began in a small farming town in the early 1960s when as a teenager he began performing on his grandma’s old guitar at county fairs, dances, township halls…and even boxing matches. Along the way he added Finnish songs to his act and spent several years performing across the US, Canada and northern Europe as a solo artist and with the folk-rock bands Trova, Suomi Orkesteri and Trova Ystavineen.

He has also spent several years in the music theatre where he has written music, lyrics and occasional book for eleven plays, including the regional hits TEN NOVEMBER (a collaboration with Pulitzer Prize-nominated playwright Steven Dietz) and PLAIN HEARTS (with playwright Lance Belville). Along with his collaborator Peter Glazer, he was awarded a grant from the National Endowment for the Arts, and together the two created HEART OF SPAIN, a musical about the International Brigades during the Spanish Civil War.